HomeNewsBusinessWhy is the UK facing a UK lorry driver shortage?

Why is the UK facing a UK lorry driver shortage? 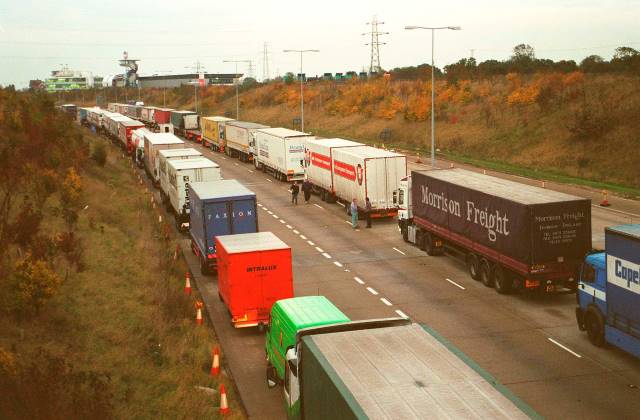 Why is the UK facing a UK lorry driver shortage?

Britain is currently facing a chronic shortage of Lorry and HGV drivers. Estimates say there are a shortage of more than 100,000 drivers in the UK. Before Coronavirus hit there were approximately 600,000 drivers which included thousands of HGV drivers from EU member states who worked and lived in Britain.

The current staff shortages are partly due to the changes in migration rules post-Brexit with many EU workers returning home. Now that Britain is no longer part of the EU and the single market, is has made it far easier for European drivers to source work in the EU and their own countries.

Then you add in the ongoing Coronavirus pandemic, restrictions, self-isolation rules and the furlough scheme keeping some workers off work, making the shortages even worse.

The pandemic has also created a reduced inflow of new HGV drivers due to them being unable to undertake training and tests during lockdowns.  As many as 30,000 HGV driving test slots were lost during the pandemic which has made it very hard for new drivers to get up and running.

Other reasons for shortages include:-

But this is not just isolated to the UK, other Countries across Europe including France and Germany are also facing similar shortages, but it appears that Britain has been hit the hardest.

Many large companies in the UK have complained about not having enough HGV drivers which is in turn creating a shortage of goods and some products.

David Moore of Western Industrial has said “We have seen a huge increase in companies looking for ways to increase storage capacity on premises over the last few months.  Logistic managers are trying to meet consumers expectations by maximising every lorry load being 100% full of goods.

Morrisons have recently warned of a potential industry wide price hike to cope with the shortage of HGV drivers.

“We expect some industry-wide retail price inflation during the second half, driven by sustained recent commodity price increases and freight inflation, and the current shortage of HGV drivers,” the company said. “We will seek to mitigate these and other potential cost increases, such as any incurred to maintain good on-shelf availability.”

But Morrisons are not alone. Other large companies including McDonalds, Coca Cola, Wetherspoons, Nandos etc are all facing supply issues. Nando’s had to close 50 of their restaurants temporarily a few weeks ago due to a shortage of its staple peri-peri chicken!

In some UK supermarkets, Coca-Cola have said that Diet Coke was unavailable due to the shortage of drivers.

These ongoing logistical problems have led to lots of empty shelves at supermarkets around the Country and there is now a concern about Christmas as traditionally this is the period of highest demand.

The British Retail Consortium (BRC) said that retailers were doing all they could to avoid any possible disruption to supplies before Christmas.

In an open letter to the sector, Transport Secretary, Grant Shapps, Work and Pensions Secretary, Therese Coffey and Environment Secretary, George Eustice have pledged to work with industry leaders to attract new drivers, simplify training and encourage people to stay in the industry.

But as Christmas supplies are currently being transported around the country, any steps taken to ease this ongoing crisis could be too little too late.