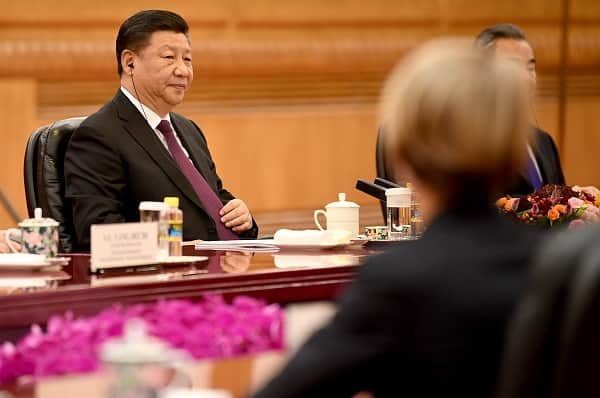 The conflict in Ukraine will see Russia and China grow closer, says a new report from LSE IDEAS, but it will also relegate Russia to an even more junior position in that partnership.

According to the report, authored by Björn Alexander Düben, an Associate at LSE IDEAS, The London School of Economics’ foreign policy think tank, ties between Russia and China are likely to grow stronger in the wake of the Ukraine conflict, for at least as long as Putin remains in power in Russia.

While the Kremlin’s military adventurism poses significant threats to some of China’s interests that showcase the perils for Beijing of tying itself to a revisionist Russia, the report finds that China will maintain its close relationship to Russia, which has acted as a “guarantor of bilateral stability and a united front against Washington”. It also suggests that similarities in governance styles between the leaders of both nations will play a significant role in Sino-Russian relations enduring.

But, the report notes, Russia’s spiralling economy – with sanctions leading to Russia’s unprecedented reliance on China for economic support – as well as its military failings, will surely weaken its already-junior position in the partnership.

According to Düben within the report, the conflict could see Russia “ending up in a client relationship with Beijing that is more akin to Moscow’s own ties with Alexander Lukashenko’s Belarus.”

Nonetheless, in spite of China’s misgivings about the progress of Putin’s forces in Ukraine, as well as the economic calamities that Russia finds itself in at home, the report argues that “Xi will almost certainly not drop Putin.”

Björn Alexander Düben, author of the report and Associate at LSE IDEAS said, “Barring dramatic domestic political changes in Russia, the current crisis is unlikely to lead to anything other than a further tightening of Sino-Russian bilateral relations—albeit in a configuration that increasingly demotes Moscow from a great power peer to a client of Beijing.

“Xi’s China will prop up Russia and try to ensure that Putin’s power is preserved—not unconditionally, but to the extent that it can do so without inordinately hurting itself and incurring substantial economic losses.”