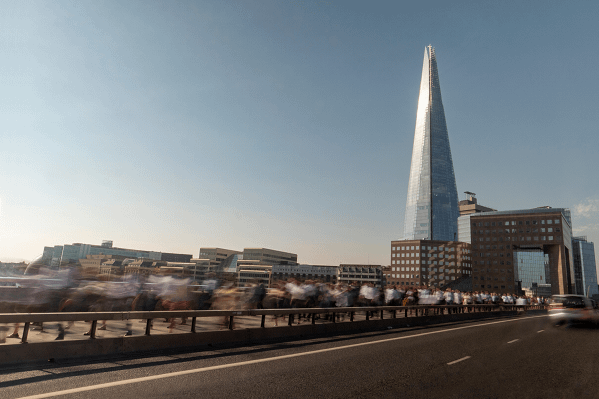 New research reveals that ethical concerns are now a critical deciding factor behind where Brits choose to work, led in part by recent events in Ukraine.

According to the latest analysis into 2,000 UK employees from industry-leading research, measurement and evaluation consultancy Sensu Insight, factors such as businesses’ reaction to the ongoing Ukraine conflict has contributed to a major shift in how staff view their employer, with nearly a third of employees (31%) aged 18-34 now more likely to work for a business that took swift action against Russia.

Tellingly, a further 18% also reported being less likely to work for a business that took no action against Russia following their role in the conflict. A further 7% of respondents reported that they would go further still, either actively looking to change jobs, or having already resigned their role, as a direct response to their current employers’ inaction relating to Ukraine.

Looking at evolving employee attitudes to work more widely, Sensu Insight’s latest Employer Brand Report reveals that pay is naturally still a crucial concern for younger staff amidst the ongoing cost-of-living crisis, with 50% of younger employees reporting that insufficient pay, or pay that does not align with their expectations, would stop them from working for a business.

However, ethics are also playing an increasingly-critical role, as evidenced by more than a third (35%) of employees reporting that a poor ethical track record would make them reconsider working for a business – a bigger barrier than poor leadership (26%) or lack of growth (16%). A further 23% reported that a lack of gender parity in pay would persuade them to consider leaving their current role, and poor workforce diversity was also cited by one in six respondents (17%).

Steve Leigh, managing director of Sensu Insight said, “Today’s graduate recruits will base their employment decisions on far more than just pay and benefits.  Employers are now waking up to the needs of the younger generation, and a revolution in employer branding is likely to follow.

“Factors such as diversity and inclusion in the workforce, investing in sustainable business practices and pay equality are no longer the sole preserve of ESG managers, but are rather front and centre of the battle to recruit the brightest and best talent in the years to come.”