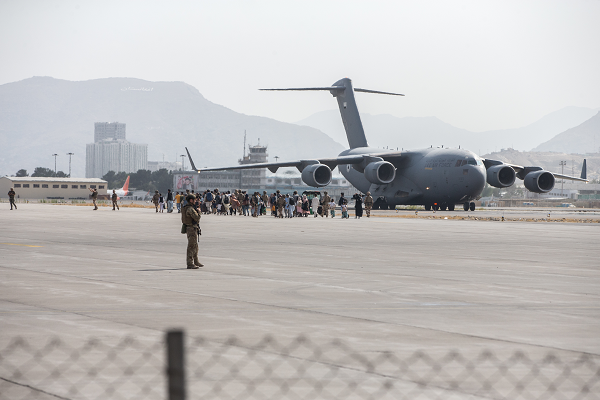 The UK are now in the “final hours” of Operation Pitting to evacuate Afghans and are braced for another terrorist attack by ISIS-K.

The Defence Minister Ben Wallace told Sky News that they have closed the Baron hotel and now locked the gates at Kabul Airport.

Following yesterday’s terrorist attack Wallace said this “did not hasten” the UK’s departure and various groups will claim that they made the UK leave early, but this is not true.

He added, “The narrative is always going to be certain groups, such as IS, will want to stake a claim that they have driven out the US or the UK.

“We closed the Baron hotel almost exactly on schedule. The explosion was horrendous, but it didn’t hasten our departure.”

Wallace then warned that the security threat is “growing” as the 31 August end date gets closer.

The Ministry of Defence (MoD) also confirmed that no one else will be called forward at Kabul airport for evacuation.

A MoD statement said, “The UK’s ability to process further cases is now extremely reduced and additional numbers will be limited. No further people will be called forward to the airport for evacuation.”

Wallace added, “It is with deep regret that not everyone has been able to be evacuated during this process.”