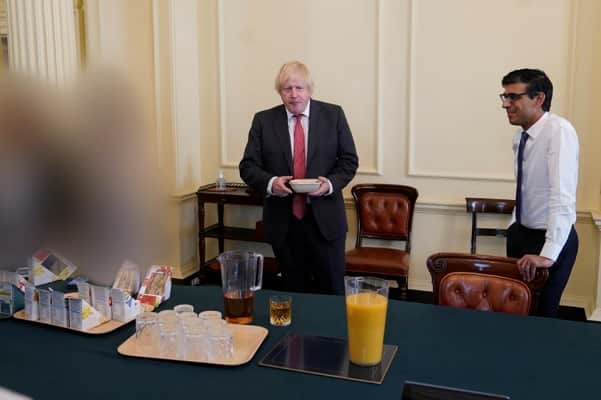 Boris Johnson has apologised on Wednesday over the Sue Gray finding into the long awaited partygate report.

Sue Gray who is a top civil servant presented the damning culture over breaking rules in Downing Street during lockdown citing examples of late night boozing and a brawl broke out.

The Prime Minister claimed that he was “disappointed” by the antics of his staff and then said he was “humbled and had learned lessons” from the Gray report.

Johnson then told MPs in the House of Commons that he has been vindicated and it now time to “move” on from the report.

However the Labour leader Sir Keir Starmer blamed the Prime Minister for “saving her own skin” and insisted “it’s time to pack his bags.”

Sir Keir said, “During that May 2020 press conference, the British public were told normal life is a long way off.

“Even now, after 126 fines, they [Tories] still think it’s everybody else’s fault…as if the fact that he only broke the law once, is worthy of praise.

“They set the bar for his conduct lower than a snake’s belly.”

Johnson then renewed his apology for attending a “short lunchtime gathering” on his birthday in June 2020, for which he was fined.

Johnson told MPs, “I take full responsibility for everything that took place on my watch.”

He then appeared to be moving the blame as he said he only attended some gatherings to thanks staff by keeping “morale as high as possible,” clearly admitting that he did know what was happening.

Then Johnson defended the staff as they were working “extremely long hours” and “doing their best” during the pandemic.

In an attempt to save his political career Johnson said, “I’m trying to set out the context, not to mitigate or to absolve myself in any way.”

The Commons was full of heckles from MPs, as Johnson then said, “It’s clear from what Sue Gray had to say that some of these gatherings then went on far longer than was necessary and they were clearly in breach of the rules and they fell foul of the rules.”

Johnson added, “I had no knowledge of the subsequent proceedings as I simply wasn’t there.”

Former Justice Secretary Robert Buckland asked the Prime Minister if he had “deliberately lied to us.”

The PM replied, “No, for the reason I have given, that at the time that I spoke to this House I believe that what I was doing was to attend work events.

“And with the exception of the event in the Cabinet room, that is a view that has been vindicated by the investigation.”

Tobias Ellwood warned the Tories could lose the next election, he said, “Can we continue to govern without distraction given the erosion of the trust with the British people,” he demanded.

“And can we win the general election on this current trajectory…can he think of any other prime minister who’d have allowed such a culture of indiscipline to take place under their watch and if it did would they not have resigned?”

Johnson replied, “I think the answer is overwhelmingly and emphatically yes, we are going to go on and win the next general election because we’re going to get on with the job.”

“Boris Johnson’s Downing Street is rotten from the very top. He set the culture.

“It happened on his watch.