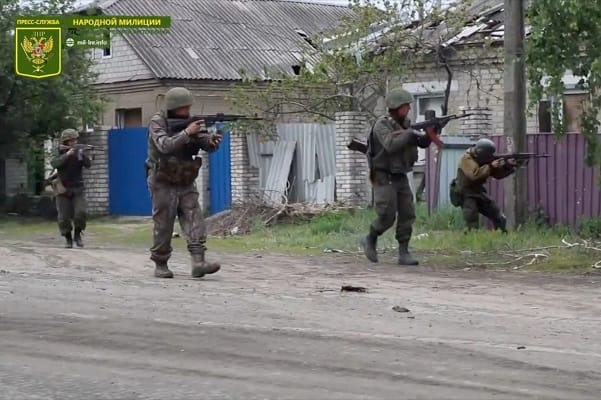 Russian forces have claimed on Sunday that they have taken “control” of the entire region of Luhansk and are also “gaining a foothold” in another.

The Donbas is part of Luhansk which is a Russian speaking territory and the Russian leader has claimed that his forces are fighting to “Liberate” the region.

The Luhansk region makes up 4.42% of the total area of Ukraine and is around 257 km2  which has a population of more than 2 million pre-war.

For many months the region has been under fierce fighting, heavy artillery along with missiles raining down as Russian forces are battling to also take control of Lysychansk.

The governor Serhiy Haidai wrote on Telegram this morning, “The occupiers threw all their forces on Lysychansk.

“They attacked the city with incomprehensibly cruel tactics.

“They suffer significant losses, but stubbornly advance. They are gaining a foothold in the city.”

The Ukrainian government are yet to confirm Russia’s claims however they have previously warned that the situation on the ground there is “perilous.”

If this is indeed true, then Putin will focus all his efforts on capturing the rest of the Donbas meaning that Russia will then own eastern Ukraine and hold referendums to claim the land as Russian territory.