HomeNewsBusinessRussia blames ‘NATO of being openly hostile to Russia’ and Putin’s ‘Iron Doll’ threatens nuclear war, ‘but do not be afraid, please’

Russia blames ‘NATO of being openly hostile to Russia’ and Putin’s ‘Iron Doll’ threatens nuclear war, ‘but do not be afraid, please’ 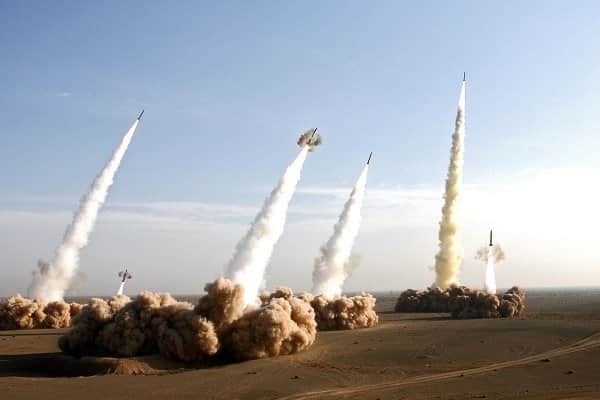 Russia blames ‘NATO of being openly hostile to Russia’ and Putin’s ‘Iron Doll’ threatens nuclear war, ‘but do not be afraid, please’

The head of Russia’s Space Agency, Roscosmos, Dmitry Rogozin published satellite pictures and coordinates of Downing Street in London, the White House in Washington DC and NATO’s headquarters whereby Skabeyeva then openly said on Kremlin’s state TV these sites will be hit with a nuclear weapon.

Putin’s propagandist said, “With greetings to the participants of the [NATO] summit of a bloc openly hostile to Russia.

“Look at the screen but do not be afraid, please.

“The Russian Space Agency published satellite images and exact coordinates of what we call the ‘decision-making centres’ of Western countries.

“And the venue of the summit in Madrid, where Russia is declared the worst enemy,” but then denied making threats and warned, to “keep it in mind.”

The head of the Russian space agency then blasted, “The NATO summit opens in Madrid, at which Western countries will declare Russia their worst enemy.”

He then posted satellite images of the Pentagon, the Élysée Palace in Paris, and the German Chancellery in Berlin announcing their Satan-2 hypersonic nuclear missiles are in mass production, despite the Russian economy being on it’s knees.

Rogozin then claimed the second test launch of the Satan-2 intercontinental ballistic missile is “on schedule.”

He added, “We have already started creating mass production missiles.

“We proceed from the fact that by the end of the year we will have to put on combat duty the first regiment in Uzhur, Krasnoyarsk Territory.”

Rogozin, who is a close Putin ally said, “While representatives of the 30 countries of the alliance, as well as partners and candidates, will deal with the strategic concept until 2030, Roscosmos publishes satellite photographs of the summit venue and the very ‘decision centres’ that support Ukrainian nationalists.”

The Russian President has previously claimed that the Sarmat hypersonic nuclear weapon also know as the Satan-2 to the West, is “unstoppable,” weighs 208-ton, can travel at a speed of 15,880mph will obliterate any target.