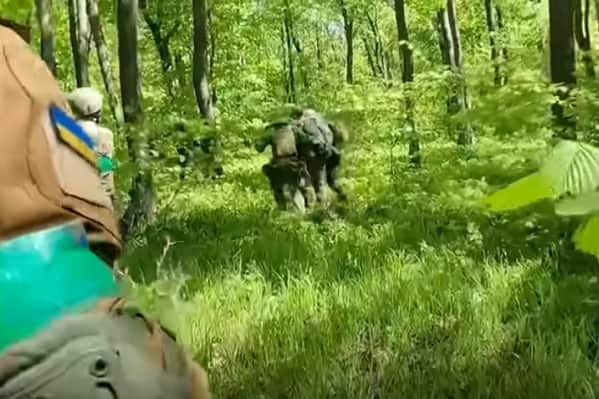 The Kremlin and Vladimir Putin have been warned that with Western weaponry coming into the Ukraine Russian forces will see a marked difference in “the next three months” which will make a difference to the war.

Ukrainian MP Andrii Osadchuk is confident the war will turn into their favour amid the deadly stockpiles of Western weaponry entering the Ukraine.

Speaking to GB News, Osadchuk said, “So, I think that the next three months will be probably the most critical because Russia is much weaker than you think.

“They accumulate all of their resources. They’re afraid to announce the draft. So, that’s why I think in September-October, it will a very interesting moment of this war.

“At the moment, we’re much stronger than we were three months ago.

“Because in the first two months of war, Ukraine, in fact, was fighting by ourselves with our own resources because the West did not believe in us.

“We were almost receiving nothing from the West. But now we have already more or less reasonable support.

“This support will increase, and the Ukrainian army for the moment is much stronger than it was three months ago.”

Currently Ukrainian forces appear to be on the “backfoot” as they have now lost control of the Donbas Luhansk province.

“Today the Luhansk popular militia and Russian forces occupied the last strategic heights, which allows us to confirm that Lysychansk is completely encircled,” a spokesperson for the pro-Russian separatist forces told Russian state-owned news agency TASS.