The Labour leader Sir Keir Starmer has today climbed to the top of Smarkets “next Prime Minister” market, which has replaced Rishi Sunak as the most likely successor to Boris Johnson.

Starmer is back as the market favourite for the first time since February, with Smarkets odds giving him a 21% chance of being the next PM. Sunak has dropped from 21% to 18%, while new Foreign Secretary Liz Truss is next at 6%.

However, Starmer’s price remains considerably down from his all-time high in this market of 36% after he was elected Labour leader last spring.

The odds on the next general election still show the Tories as most likely winners (67%). The chance of Labour winning the most seats is now rated at 31%.

A snap election next year is priced at just under 10%. 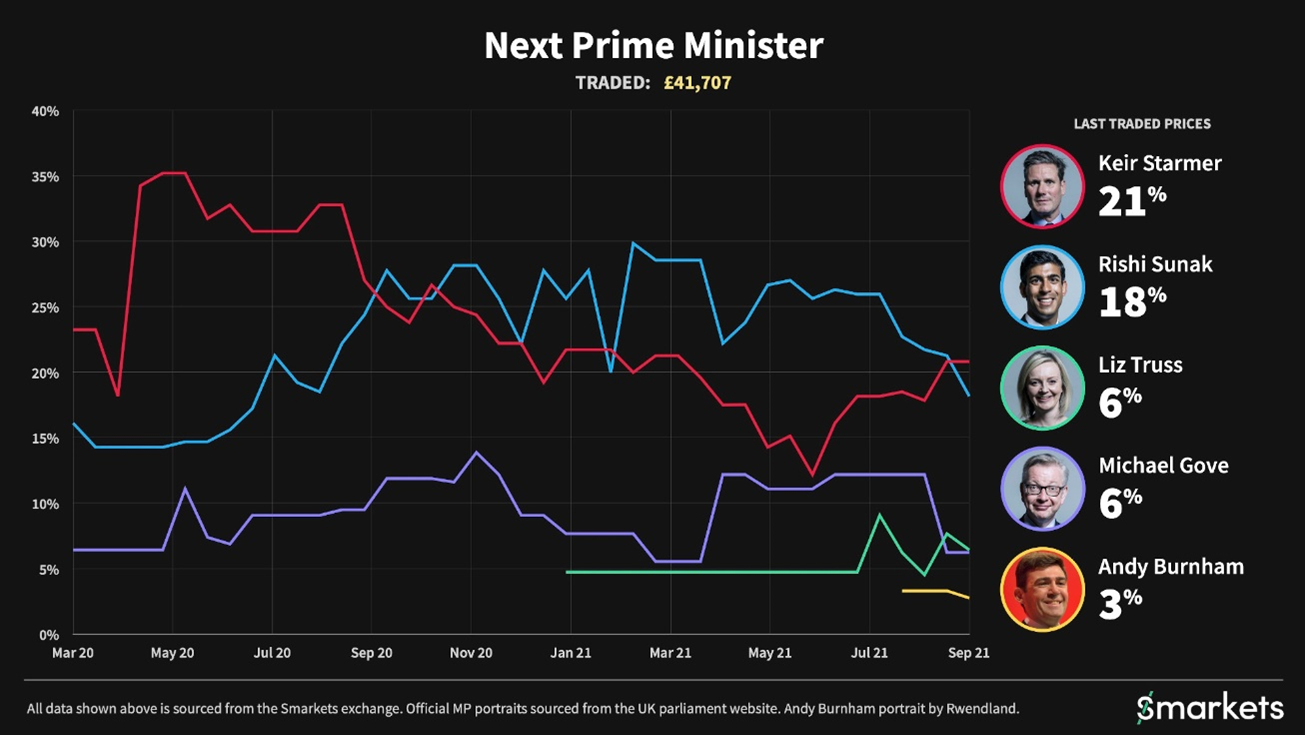 Note: Prices do not always add up to exactly 100%

Smarkets Head of Political Markets, Matthew Shaddick, said, “The betting markets have reacted favourably to Keir Starmer’s party conference speech and moved him above Rishi Sunak in the race to be the next PM. However, the odds still favour a Conservative win at the next election and a Labour majority is rated at just a 13% chance.

“If Labour gets any polling bounce from the government’s handling of fuel shortages, we might see Starmer pull even further ahead in the betting. Sunak has been notably absent from the media recently which may partly explain his odds drifting.

“Meanwhile, one big winner from the Labour conference seems to have been Shadow Chancellor Rachel Reeves, whose chance of being the next Labour leader rose from 5% to 14%. Andy Burnham remains favourite, currently rated 27% likely to take over from Starmer.”