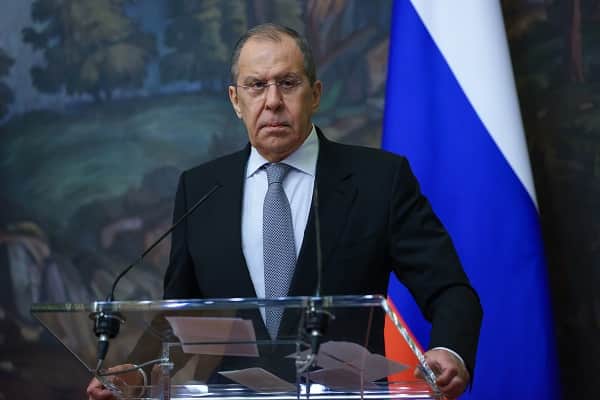 It also appears that the Turkish President Recep Tayyip Erdogan could still look to block the two Nordic countries from joining NATO if he does not get what he wants.

“This should be known: these signatures don’t mean the issue is done… Without our parliament’s approval, this does not go into effect. So there is no need to rush,” broadcaster NTV cited Erdogan as saying.

He added, “The ball is in their court now. Sweden and Finland are not NATO members currently.”

Erdogan also said that Turkey “will do what is necessary through our institutions and units” if both Sweden and Finland do not keep to their end of the deal.

The Russian Foreign Minister slammed the White House over their involvement after they said that Moscow should not be afraid of NATO, but the Kremlin fears the alliance could later interfere with Russia’s affairs.

Lavrov said, “Recently, the representative of the White House once again repeated that Russia should not be afraid of NATO, no one should be afraid at all, because NATO is a defensive alliance.

“But this is already ridiculous, and for adults to say such obvious nonsense, I would say, is simply ashamed.”

Russia’s Foreign Minister accused NATO of “trying to constantly look for an external enemy,” which he says is “due to the need to preserve the very meaning of NATO’s existence.”

It appears those comments could draw China and India into Vladimir Putin’s issues with the West, as he suggested that NATO are looking get involved the “Indo-Pacific region.”

Lavrov added, “Now they are saying that NATO should acquire a global dimension in terms of responsibility for security around the world, when they say [about] the Indo-Pacific region, they came up with such a term specifically to try to lure India into their networks, and NATO should be responsible for security in this part of the world as well,” he said.

“In other words, they don’t even hide it in particular, the next line of defense of this ‘defensive’ alliance will lie in the South China Sea.”