Is it safe to drink tap water? 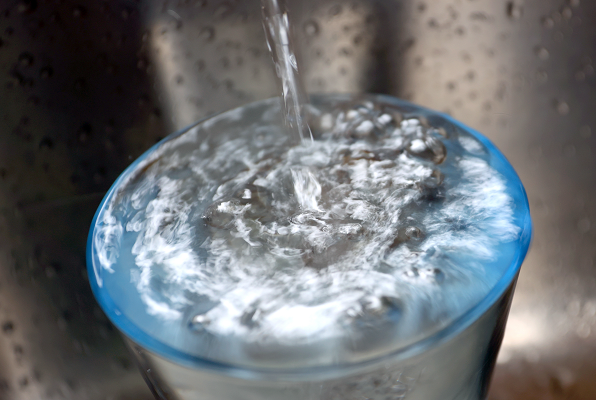 Is it safe to drink tap water?

According to three British scientists (Vyvyan Howard, Spedding Micklem and Paul Connett) who have followed the debate closely for many years, “This is not a good time for the British government to mislead the public on the dangers posed by the practice of water fluoridation.”

They point to a recent statement from the four Chief Medical Officers of Health for England, Wales, Scotland and Northern Ireland, which was given prominent coverage in the British media. Their statement extols the weak benefits of this practice for teeth but ignores the far stronger evidence that fluoride damages the developing brain. According to Howard, Micklem and Connett, “The dental lobby has controlled this debate for far too long. You can repair a damaged tooth but early damage to the brain (especially during foetal development and infancy) cannot be repaired or reversed. This is so serious for the future of our country that the matter should not be resolved by the kind of “sleight of hand” used by those who wrote the script for the CMOs’ statement.”

This “sleight of hand” occurred in the two short paragraphs that dealt with the risks of the practice. The CMOs write:

“There are adverse associations between much higher levels of natural fluoride in drinking water and the prevalence of dental mottling, referred to as dental fluorosis… ”

“There are some weaker studies which claim an association with hip fracture, Down’s syndrome, kidney stones, bladder cancer or osteosarcoma (a cancer of the bone). However, there is conflicting evidence to support these claims and prevailing public health opinion is now that there is no significant association between water fluoridation and these conditions.”

Note that the CMOs failed to mention the many human (over 60) and animal studies that indicate that fluoride is neurotoxic even though this subject has engaged the serious attention of the National Toxicology Program in the USA for nearly 5 years. Nor that the US EPA is currently being sued by Food and Water Watch and others in US Federal court to prohibit the deliberate addition of fluoridated chemicals to the public drinking water because of the threat they pose to the developing brain. The judge is expected to issue his ruling in early 2022.

Most significantly, in ignoring these studies on the brain, the CMOs failed to acknowledge the several high-quality US government funded studies published since 2017 (Bashash 2017, 2018; Green, 2019 and Till, 2020) which have found effects on the developing foetus and infant at the very fluoride levels used in artificial water fluoridation schemes. These effects include lowered IQ (between 5 and 9 IQ points reported) and increased ADHD symptoms. These findings make complete nonsense of the CMOs claim that health effects only occur “at much higher levels.”

Howard, Micklem and Connett have explained this alarming new science in an open letter to Boris Johnson*, the text of which has been released into the public domain today, calling on him to halt plans to extend water fluoridation to other communities in the UK.

The three British scientists added that, “In our view the way the CMOs have treated the health effects posed by fluoridation is a gross dereliction of their duty to protect the health of the British people.”