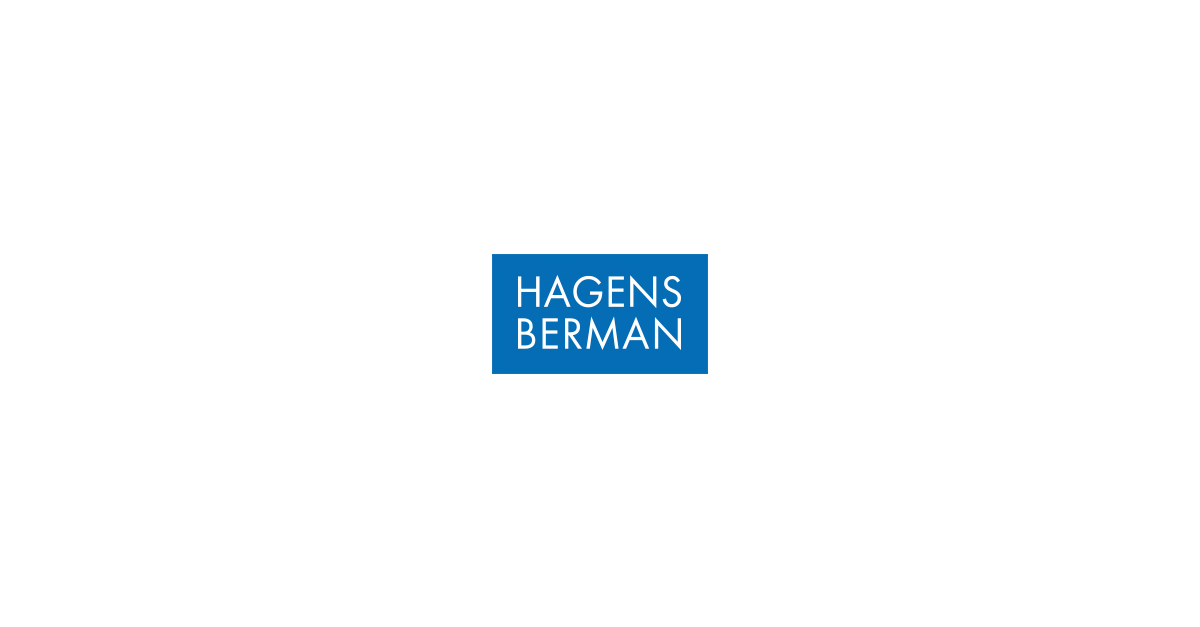 SAN FRANCISCO–(BUSINESS WIRE)–A class of Android app developers represented by plaintiffs’ rights law firm Hagens Berman today secured a $90 million settlement in a class-action lawsuit alleging Google violated antitrust laws and harmed developers through anticompetitive policies governing the Google Play Store. Hagens Berman was the first to file a class case on behalf of developers, led settlement negotiations and patterned the settlement with Google after its 2021 legal win against Apple, in which it secured a $100 million settlement on behalf of U.S. iOS developers on similar claims.

Attorneys at Hagens Berman say Google excluded competing app stores, forcing U.S. Android developers to pay the tech giant exorbitant fees in violation of federal antitrust laws. The lawsuit has been pending against Google in the U.S. District Court for the Northern District of California since Aug. 17, 2020 when the firm filed with co-counsel, Sperling & Slater.

“Today, nearly 48,000 hardworking app developers are receiving the just payment they deserve for their work product – something Google sought to profit from, hand over fist,” said Steve Berman, managing partner and co-founder of Hagens Berman and attorney representing the Android developers in the settlement. “Following our win against Apple for similar conduct, we think this pair of settlements sends a strong message to Big Tech: the law is watching, and even the most powerful companies in the world are accountable when they stifle competition.”

“Under the settlement agreement we’ve built, some class members will likely see payments in the hundreds of thousands of dollars, upwards of $200,000 or more,” he added.

Berman, who has achieved monumental victories against Big Tech in his 41-year legal career, served as co-lead interim class counsel in the lawsuit against Google. He previously championed a $560 million collective settlement against Apple and book publishers regarding e-book price-fixing, a $100 million settlement against Apple on behalf of iOS app developers, and his firm has pending litigation against Facebook, Amazon and many more Big Tech kingpins for issues related to antitrust and consumer rights.

The lawsuit states Google improperly attained and maintained a monopoly in the U.S. market for Android OS distribution services and in-app product transaction services, and used its power to prevent competition that would benefit all Android app developers.

“We are excited to see the effects of this settlement,” Berman added. “With this settlement, developers will have more room to grow and more money in their pockets to promote their hard efforts.”

From the Developers – what class members said about the settlement

“Google’s commitment to maintain a Reduced Commission through May 25, 2025 gives Pure Sweat and members of the Settlement Class the substantial direct benefit of a continued significant 50% reduction in Google’s service fee rate from 30% to 15%…” Czeslawski said. “We are thrilled to know that, through this Class Action, we were able to secure this reduction…”

Of the creation of Google’s Indie Apps Corner under the proposed settlement, Czeslawski said, “We are proud to know that our work in this lawsuit helped secure this program that will make it easier for consumers to find apps from small developers who distribute new apps through Google Play.”

In addition to the $90 million monetary relief, the settlement brings forward major changes to the Google Play Store, which attorneys said will aid app developers in future sales and level the playing field.

According to the preliminary settlement agreement, Google will allow developers to pay a reduced 15% service fee on their first $1 million in annual revenues until at least May 25, 2025, down from its 30% prior rate. Google acknowledges as part of the settlement that this case was a factor behind its adoption of this program. Damages expert, Dr. Michael Williams, estimates this change alone could save the case’s class more than $109 million in service fees.

Google has also agreed to develop an Indie Apps Corner to highlight apps from independent and small startup developers on the U.S. homepage of the Google Play Store, and under the settlement will commit to revising its Developer Distribution Agreement to make clear that developers may use contact information obtained in-app to communicate with users directly.

The settlement also cements changes to the Android 12 operating system that allow auto updates from third-party Android app stores, committing Google to maintain these changes for three years. Google also agreed to publish an annual transparency report providing developers with meaningful data regarding the operation of the Google Play Store under the settlement.

The $90 million settlement reached with Google will benefit all U.S. Android developers with annual Google Play earnings of $2 million or less from Aug. 17, 2016 to Dec. 31, 2021 – an estimated 99% of Android app developers with Google Play revenues in that period. The settlement constitutes an estimated 36 to 38 percent of estimated aggregate single damages, which attorneys highlight as an excellent recovery for a settlement in an antitrust class action. Each class member will receive a minimum payment of $250, with additional distributions served on a pro rata basis up to and exceeding $200,000.

“Under the proposed Settlement, these developers stand to receive substantial monetary payments along with structural relief that, going forward, will improve the Google Play Store and help developers better monetize their apps and in-app products,” the motion for preliminary approval states.

The settlement now awaits final approval from the court, with the support of counsel representing both sides.

Find out more about the class-action lawsuit against Google on behalf of Android app developers.

Hagens Berman is a global plaintiffs’ rights complex litigation law firm with a tenacious drive for achieving real results for those harmed by corporate negligence and fraud. Since its founding in 1993, the firm’s determination has earned it numerous national accolades, awards and titles of “Most Feared Plaintiff’s Firm,” MVPs and Trailblazers of class-action law. More about the law firm and its successes can be found at hbsslaw.com. Follow the firm for updates and news at @ClassActionLaw.