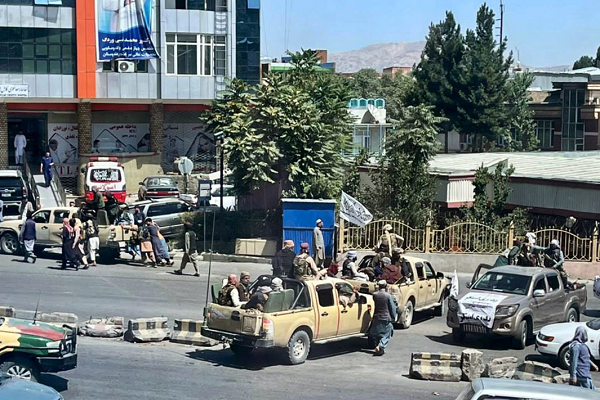 The UK’s former MI6 spy chief, Sir John Sawers has given a grim warning that there is now a heightened threat of a terrorist attacks now the Taliban have taken over Afghanistan.

Sir John told Sky News there is now an increased threat of homegrown and foreign based attacks under the Taliban’s control.

Sir John said, “I do think the terrorist threat is a notch greater today than it was when we were able to operate in Afghanistan.

“That’s for two reasons; I think, first, because of the risk that we will not be able to monitor terrorist groups and take action against them in Afghanistan itself.

“But I think perhaps the more immediate risk is that those extreme Islamists, violent people who take inspiration from the Taliban success in Afghanistan, might take it into their own hands to carry out attacks.”

“I think the security services will be looking again at radical groups in this country to make sure they are not planning any further attacks to, if you like, mark the success of the Taliban in Afghanistan,” he added.

The UK’s threat level is currently at “substantial” which means a terrorist attack is “likely.”