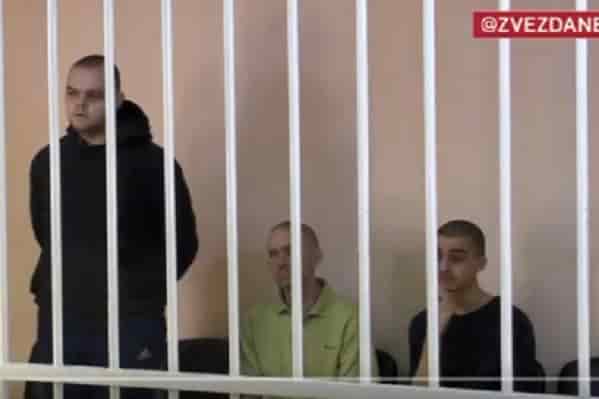 The European Court of Human Rights (ECHR) has tried to stop the executions of two captured British fighters in a last ditch attempt.

Aiden Aslin, 28, and Shaun Pinner, 48, were captured in April and were told they will be “sentenced to death” by the proxy “Supreme Court” of the Donetsk People’s Republic (DPR).

On Thursday the ECHR issued the Russian government with instructions not to kill the pair by firing squad.

In a statement the ECHR said, “The Court indicated in particular to the government of the Russian Federation, under Rule 39 (interim measures) of the Rules of Court, that they should ensure that the death penalty imposed on the applicants was not carried out.”

However a Kremlin spokesperson Dmitry Peskov said Russia has passed legislation to remove it from the jurisdiction of Europe’s top human rights court, therefore Russia are not legally bound by the order.

Peskov said, “Russia no longer complies with the prescriptions of the EHCR, that’s all there is to say.”

Peskov added, that “the fate of these mercenaries” was a matter for the DPR leadership and not with the Russian government.

The leader of Vladimir Putin’s backed separatist group the DPR have warned that they will refuse to pardon the two captured British fighters and warned, “they should be sentenced to capital punishment.”

In footage shown on Zvezda channel, controlled by Putin’s Defence Ministry, Pushilin said, “As for possible exchanges, pardons and other things, at this moment I do have the right to pardon these people in accordance with our legislation.

“But I do not see any preconditions for me to move in this direction.”

He added, “Their crimes can be classified as grave and especially grave crimes.

“It was easy enough to predict…that they should be sentenced to capital punishment.

“My personal opinion is that this is just punishment for those people who came to kill civilians for money from other countries.”