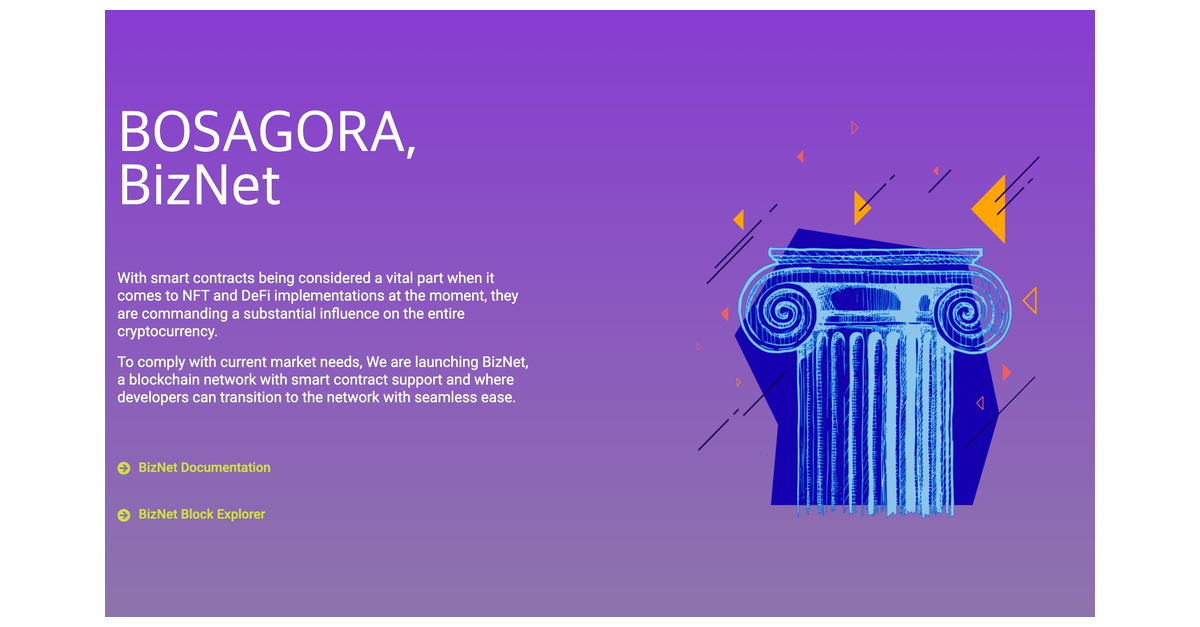 The announcement of the BizNet launch was streamed live on YouTube to ensure free communication with its users.

The blockchain network of BOSAGORA, the first initial coin offering (ICO) project in South Korea, aims to realize decentralized autonomous organization by executing commons budget accumulated through active participation in the project by node operators via parliamentary activities and generation of blocks.

The Foundation developed the BizNet to provide a blockchain network that supports developers to easily learn and adapt to smart contracts, which are essential for delivering non-fungible tokens (NFTs) and DeFi.

Moreover, its compatibility with the Ethereum network, which has the largest business ecosystem, is expected to contribute to the expansion of the business ecosystem of BOSAGORA as it allows for collaborations and combinations with various Ethereum-based global services.

And, through the bridge function that will be consecutively provided by BizNet, its tokens can be exchanged with ERC20-based BOA coins listed on the exchange.

Based on the BizNet, the Foundation plans to sequentially launch S2E (Service-to-Earn) services including DeFi, P2E (Play-to-Earn), and M2E (Move-to-Earn), as well as NFT.

“With the launch of the BizNet, the value of BOA coins is expected to rise as it will create more efficient and richer network ecosystem,” said Kim In-hwan, President of BOSAGORA Foundation. “Through the BizNet, we will strive to move closer to BOSAGORA’s vision of ‘Making a Better World’.”